The ORACLE of G.O.D.

click HERE to watch a video about the "Oracle of G.O.D."
This tool comes from the Financial UA Traditions Workbook #1, Chapter 2 -- "Tradition Two"

In Greco-Roman times, there was a myth about the Oracle of Delphi.  Delphi was a city in ancient Greece, and in Delphi was the Temple of Apollo.  The Temple was built over both a fresh spring of water and also a fissure in the rock through which volcanic gases emerged.  During these ancient times, religious pilgrims and Greek citizens would visit the Temple to ask questions about the future; about important decisions; even about whether it was the most opportune time to declare war or to begin negotiating peace.  Within the temple lived the Pythia, also called “The Oracle”.  The Pythia was a high priestess who would act as a channel, speaking for the Gods of that time—specifically Apollo.

Several stories developed about the Pythia’s method of dispensing divinely inspired advice.  One storyline involves those who visited the Temple asking a question and then making a monetary donation.  The Pythia would then enter a chamber which was filled with volcanic gasses.  After breathing these intoxicating gasses, the Pythia would then babble gibberish.  Supervisory Temple priests would then interpret the gibberish into a mystical answer to the question previously asked by the visitor.

This myth illustrates the idea of a pilgrim approaching the divine mouthpiece in order to ask a question.  The pilgrim then listens for the voice of a Higher Power to speak through a trusted servant.

The example of the Oracle of Delphi operates on the principle of spirituality.  Spirituality is the idea that there is a greater level of energy, a holistic oneness and connectivity that connects all living organisms.  Spirituality offers us the idea that we can transcend our individuality and tap into a collective conscience, which contains the sum total of all of its parts.  By connecting with this universal energy collective, we can individually make contact with a power greater than ourselves which can do for us that which we could not do alone.  It assumes that this greater consciousness contains a level of intelligence significantly more expanded than our own.  Also, it suggests that by entering some type of communion with this benevolent, central energy source (some would call this “God”) the result is that our individual imaginations and creativity are elevated and we become more inspired and motivated.  Assuming that any 12 Step Meeting, Group or Mastermind is connected with this greater source, (T&GR refers to it as “infinite intellect”) we can pose questions and listen for answers.  A Higher Power can speak to us through the Group.

G.O.D. can mean many things.  Several acronyms have been created over the years to explain this word.  “Good Orderly Direction” & “Group Of Drunks” are two popular examples.  In FUA we also propose the idea of “Goals Offer Direction”.  This means that as you set Goals in your life and then invite a Higher Power in the form of Earning Power to help you reach them—spiritualizing the Goals in the process—we can then begin to believe that the pursuit of our Goals becomes a spiritual path.  Pursuing our Goals takes us on a healing and spiritually enlightening journey.  The following technique or Tool describes the Oracle of G.O.D.

First we use our Prosperity Notebook or Prosperity Notecards to write down any question that is of importance to us.  Questions can focus on the development of healthy goals.  Other questions may concern needing to choose between two or more options, such as picking the best job opportunity when several are offered.  Questions may also address your primary purpose in life or that of needing to make major life choices.

Once your question is formed and written down, consider attending at least 6 Meetings over a period of time and utilize your three minute share to pose your question(s) to the group.  As you do this, do not direct the question to any specific person but rather to the group as a whole—attempting to speak directly to the spiritual entity  called “Group Conscience” or to GOD as it manifests itself through the Group Conscience.  Next, once you surrender (share) your question(s) to the Group, sit back and gently relax…meditating peacefully as the group receives your share and as the meeting then continues to unfold with shares, announcements and / or readings.  At any time you may feel a surge of energy or a sense of resonance, usually when another group member shares, which will energetically nudge you from your meditative state.  Take notice of the words or phrases just shared that contained the energy to bump you out of your meditation.  Write these words or phrases down in your Prosperity Notebook.  Repeat this procedure over the next 5 to 6 meetings…sharing your question, gently meditating afterwards, writing down (transcribing) any energetic words or phrases that nudge you out of your meditation.  Over time the accumulation of these words and phrases will begin to form a spiritual dialog.  This transcribed dialog will usually directly address your question in a way that seems mystical and often extremely accurate.  In this way, the Group or Meeting becomes an Oracle (spiritual mouthpiece) that channels the voice or guidance of a Spiritual Higher Power.

Tradition Two suggests that there is only one clear, sane, healthy voice…that of a Higher Power as it speaks through the higher consciousness of the group.  GOD, as it is, has the ability to randomly speak through any member in attendance, no matter what the emotional state or level of recovery of that member.  God, as you may understand it, may speak through a fool just as easily as it may speak through a wise man.  Higher Power, in this case, does not choose favorites, but rather it communicates in just the right way through the person most convenient as to allow it to take a share.  This Higher Power also speaks in a unique way through each member, to each member in the manner best suited for each unique member to hear the message. 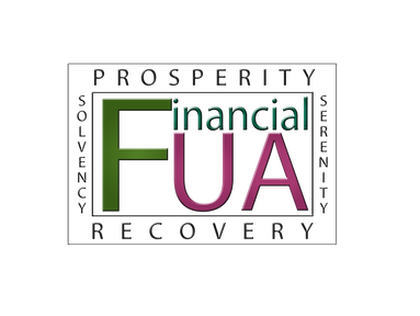